Viper is the University of Hull's supercomputer and is located on site with its own dedicated team to administrate it and develop applications upon it.

A supercomputer is a computer with a high level of computing performance compared to a general-purpose computer. It achieves this level of performance by allowing the user to split a large job into smaller computation tasks which then run in parallel, or by running a single task with many different scenarios on the data across parallel processing units.

The point of having a high performance computer is so that the individual nodes can work together to solve a problem larger than any one computer can easily solve. And, just like people, the nodes need to be able to talk to one another in order to work meaningfully together. Of course computers talk to each other over networks, and there are a variety of computer network (or interconnect) options available for business cluster (see here for an overview of cluster interconnects).

A high performance computer like Viper has a lot of elements of a desktop computer — processors, memory, disk, operating system — just more of them. High performance computers split off some of the tasks into separate elements to gain performance. An example of this on Viper is how it handles disk storage, which is a separate server with all of the storage directly connected to it. This is then connected across a very fast network to all of other individual computers (referred to as nodes).

Viper's real compute power is achieved by having a large amount of standard compute nodes (Compute), in our case 180 of them. Each of those nodes have 28 processing cores, so a total of 5040 processing cores ( i.e. 180 x 28 cores ). Some specialised nodes are included which are more suited to dedicated applications, such as high memory (Highmem) nodes and GPU accelerator (GPU) nodes which are particularly suited to large memory modelling and machine learning respectively.

The uses of supercomputers are wide spread and continue to be used in new and novel ways everyday.

Viper is used for

Like just about all other supercomputers Viper runs on Linux, which is similar to UNIX in many ways and has a wide body of software to support it.

As a user when you login to Viper you will log into one of the two login nodes which will provide a Linux style command-line interface. From here it is possible to load modules (i.e. software), download data, compile code and submit jobs to the cluster. Note that the login node is not the computing cluster, this is accessed by submitting a job to the scheduler (SLURM).

This allows you to load up the environment for the software you require which could be a specific compiler or an application like Ansys or Matlab. For more information see the application module guide.

This is a script which describes the parameters needed for the scheduler to submit you job to the compute cluster. For more information see batch jobs.

There are as previous mentioned 3 main queues that jobs to be sent to:

These queues are managed by Viper's job scheduler, for more information about SLURM.

Viper is based around the Linux operating system and is composed of approximately 5,500 processing cores with the following specialised areas:

The compute nodes (compute and highmem ) are stateless, with the GPU and visualisation node are statefull. 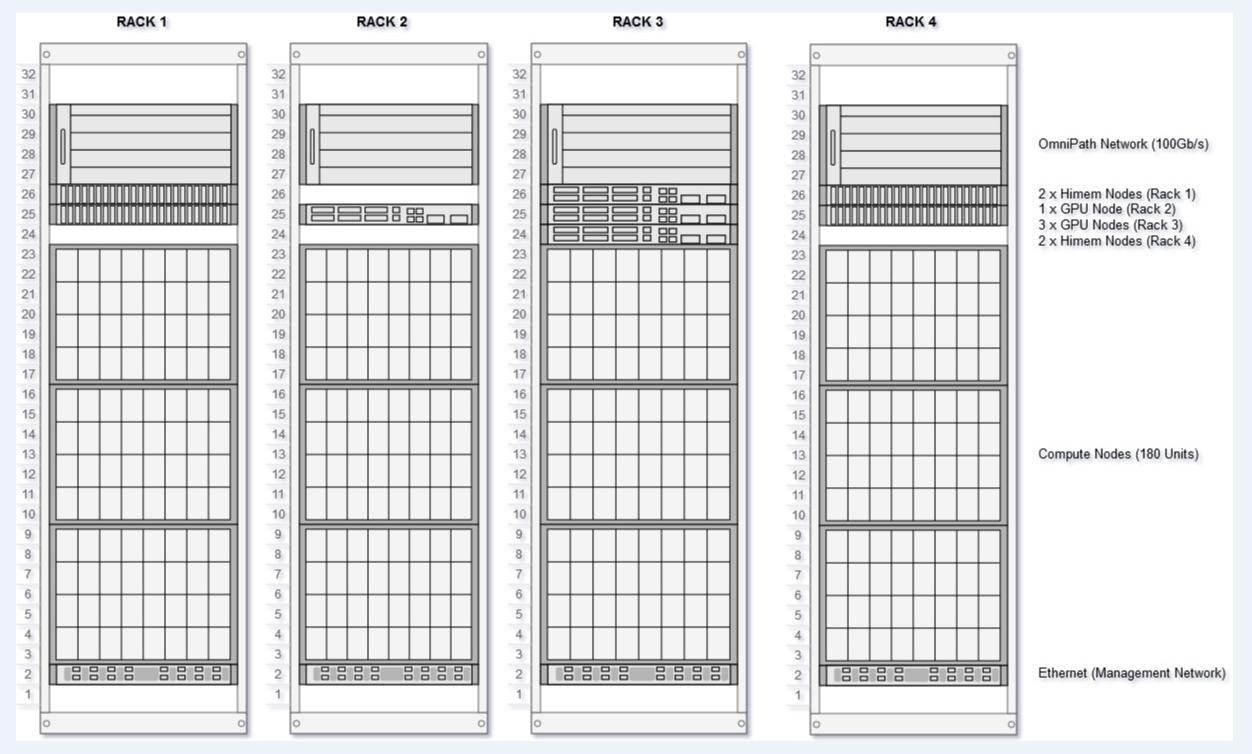